...Well, almost! It's finished at least...perfect is not however a word I would use to describe it. I'm happy with it, but as I went along various ways in which I could have made it better seemed to pop into my head. In particular the wave pattern - I wish I had done each layer of waves in opposite directions.

Still here it is - the bottom is made from an old film canister which is super handy for storing pins, needles and all manner of small and easily mis-placed items...beads, buttons, tiny but important pieces of felt...and more! 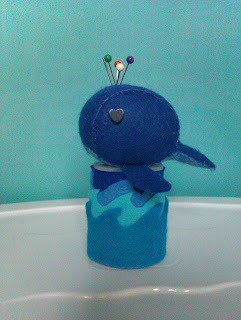 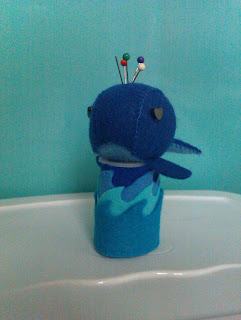 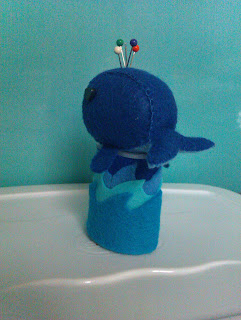 This pincushion will replace my old and faithful one, in the shape of a toadstool, in the picture below. You can now see where the film canister idea came from! This little wonder was made by myself, probably about 15 years ago (now I feel old) as a Brownie, and it has served me well. I wonder if any of my fellow Brownies still have theirs! Sadly, it is getting difficult to push pins into as I think all of the stuffing has begun clumping together into big solid lumps. 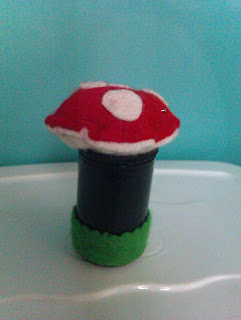 Having had the weekend pretty much free, I have been able to do lots of creative stuff! Yesterday I made another owl egg cosy on commission and this afternoon I got busy in the kitchen - the result being a large batch of muffins! Yum - chocolate chip on the left, peanut butter on the right. 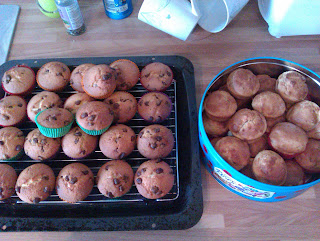